Paper: Central American Migration in Mexico as a Humanitarian Problem: an ethnographic exploration

This proposal aims to explore how Central American migration in central Mexico in being reconfigured as a humanitarian problem. Drawing on the social sciences paradigm and discussion on humanitarian borders (Walters, 2010), this paper seeks to reflect on the ongoing changing process of migration management occurring in the Central America – Mexico – United States region as a result of regional and international political conjunctures. My paper examines how the Migrant Caravans of October 2018, as a strongly political act and process, promoted the reconfiguration of the migration debate and management in Mexico in humanitarian terms. More particularly, the process of humanitarianization of migration is articulated with regional security and border dynamics, which generate new and contradictory spaces for intervention (Walters, 2010; de Lauri, 2019). Based on an ethnographic exploration carried out as part of my doctoral project, I particularly analyze the narratives of NGOs and social actors working with the migrant population in the State of Puebla, central Mexico. I attend to the articulation of care and control to investigate its contradictions, tensions and ambiguities. 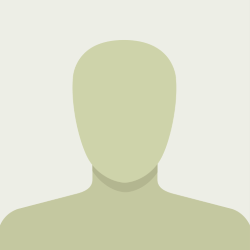